by Joseph B. St John

Continuing our “True Crime” series on SGC, I have compiled a list of nine books to get anyone started on their true crime journey. These are not just books that I consider to be classics, but they are books that I have actually read. These are works that impressed and impacted me. They are my “best of the best.” 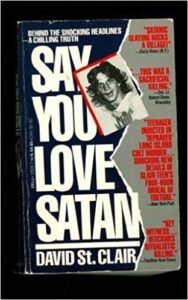 Maybe the least known of the books on this list, St. Clair’s Say You Love Satan, covers the murder of Gary Lauwers by Ricky Kasso. The murder’s occult overtones were part of the media frenzy that followed the homicide. Add the weird “Stand by Me” vibe to the killing and its aftermath and the crime would rock the community. It would also soon become a nationwide story.

Reading the book will also help younger readers understand the Satan Panic that gripped the 1980s. With the worry of ever-increasing Devil worship and occultism, it was a specter that hung over the youth culture in the 80s and 90s. Many parents were particularly worried about the effects that Heavy Metal music had on their children. This timeframe included the infamous “Subliminal Message” trial of Judas Priest in 1990. It is a worthwhile read for that reason alone.

(Note: This book is out of print and can be very expensive. I wish that I could find my copy) 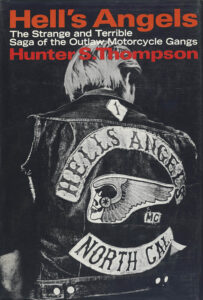 Not a straightforward “True Crime’ publication, Hunter S. Thompson’s exposé on the Hell’s Angels exploded onto the scene in 1967 with an uncontrolled vigor. The book took on the motorcycle gang for all its overindulges and lawlessness. And, in typical Thompson style, the book did not shy away from exposing the upper crust society of California who basked in the limelight of the raucous antics of the outlaws.

The daringness of Thompson’s work made the reader feel like Hunter put himself in great danger to compile the information and release the material. It is obvious that he had entered the inner circle of the club and much of the intelligence he gathered would never have been known without Thompson’s hard work and gumption. Hunter truly created a picture of the motorcycle gang’s underworld and, as you can tell from the video below, not everyone was happy. 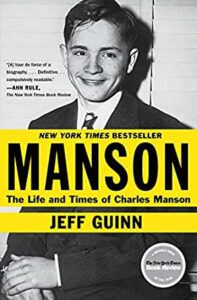 In this definitive biography of Manson, Guinn creates a full picture of one of the most infamous people of the 20th Century. Instead of relying on past caricatures and misinformation on Manson, the author digs deep and separates the facts from the myths, to reveal a very complicated subject. Much of what the average reader knows about Manson’s childhood is wrong. And what the reader doesn’t know about Manson’s introduction to the corrections system may change their mind on Manson’s beliefs about crime, the law, and sex.

The other eye-opener is that one easily gets the impression that Manson and the “Family” may have been more mainstream in the counterculture and Hollywood than America was led to believe in 1969. Manson’s connection to the Beach Boys, Terry Melcher, and Scientology is more than a causal acquaintance. Once you learn the facts, you will never see the story of Manson the same way. 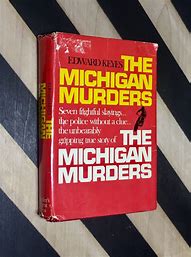 Written by Edward Keyes, who collaborated with Robin Moore on the book The French Connection, this is the best narrative so far on the Michigan Murders that occurred in the late 1960s. Keyes chooses to use pseudonyms for the victims and even for the murderer, John Norman Collins but that does not take anything away from this excellent book. It is fast-paced and covers all of the details of this little-known- but-gruesome murder spree.

Unfortunately, the book was written decades before the Jane Mixer case was separated from the other killing and Gary Leiterman  would be convicted of her murder. Gary’s family and my partner on Two Average Joes, Robert Baker, contested this conviction. Robert shared this information with me. Now, the Michigan Murders and Gary’s case are the focus of Season Two of our podcast. 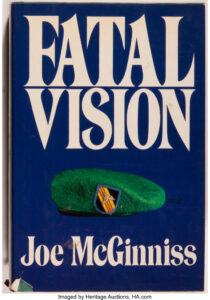 No non-fiction on my list is more controversial than Fatal Vision. I can also think of no other book that was written by a person who was hired by an accused murderer to prove he was innocent only to have the author say his benefactor was guilty. Confused? Don’t be. It is called the “Fatal Vision controversy”and it is still discussed today. It makes this a one-of-a-kind publication.

The book details the murders of Captain Jeffery R. MacDonald’s family in 1970 at Fort Bragg, North Carolina. The murder and trial of MacDonald for his family’s murders is a mind-blowing tale. It has more twists and turns than any novel could dream of having. As a matter of fact, if this were fiction, no one would believe anything like this case could happen. But it did. 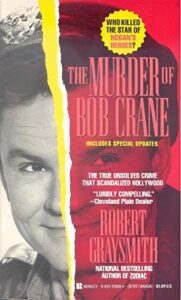 Graysmith’s compelling book on the murder of Bob Crain makes everyone who has ever felt that they knew someone because they had watched them on TV think twice. Crain, who was the loveable and dashing Col. Hogan on Hogan’s Heroes, had a secret life that would have been a tantalizing story itself. Add murder, and this account of what happen in Scottsdale, Arizona in 1978 is even more unbelievable. It makes watching Hogan’s Heroes difficult to this day.

Graysmith followed the relationship between Crain and his friend, John Henry Carpenter right up until the time of the murder. It was an unlikely relationship built on celebrity, sex, and videotape. And yes, it is as tawdry as it sounds. Graysmith builds a powerful narrative about the partnership and a possible motive for the murder. It was a motive and narrative so believable that it would be tried in court. 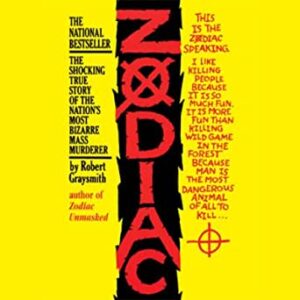 The second book on our list by Graysmith and it is a classic. Graysmith was on the staff of the San Francisco Chronicle during the time of the Zodiac Murders and his obsession with the case would inspire both this book and the movie of the same name. He would go from professional illustrator to investigator to true crime author in just a few years. His passion and desire to solve the Zodiac Murders is experienced throughout the book.

The Zodiac had committed five confirmed murders during 1968-69 and would taunt the police with correspondence until 1974. His coldness and desire to outsmart the police sets the tone of this story. In addition, the murders and their aftershock became the premise for the villain in the first Dirty Harry movie, thus solidifying the Zodiac in American culture. The Zodiac Murders remain unsolved to this day.

(Graysmith has written a follow up, The Zodiac Unmasked, where he identifies a possible suspect.) 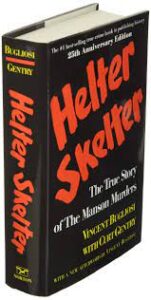 What else can be said about the book, Helter Skelter? It is the biggest-selling true crime story of all time. Whatever anyone thinks of Bugliosi, he captured the American psyche with this fascinating retelling of the Tate/LaBianca Murders. Critics could even say he did a better job of making Charlie famous than Charlie did. His narrative, however, is still the official narrative of the “Manson Family”

Over the years, there have been other books written on the topic and others have even questioned the “Helter Skelter” concept, but this is still the standard by which they are all compared. It is enthralling and rich in details, and even borders on being a little voyeuristic regarding the crime scene pictures it displayed in the insert. But, for better or worse, it is still setting the bar for the true crime genre. 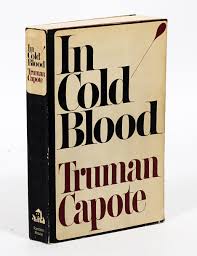 The granddaddy of them all, In Cold Blood is considered to be the work that made “True Crime” a legit form of writing. No one could be further removed from the crime scene then Capote was in 1965. His novella, Breakfast at Tiffany’s, had been turned into a Hollywood hit in 1961 and he was part of the high society writing elite. No one could have seen this shift coming.

In Cold Blood covered and documented the murder of the Clutter Family, which occurred in Holcomb, Kansas in 1959. Capote not only covered the crime but also gave considerable attention to the murderers, Perry Smith and Richard Hickock. This development was a change in direction and set his work apart. And with this move, he created a whole new genre.

Do you have a favorite “True Crime” book you would like to suggest? Add it to our comment section.