Image by Trinh Nguyễn from Pixabay

The Man shook the blue Ball Mason jar and watched the small clear bubbles form and then quickly dissipate. The Man 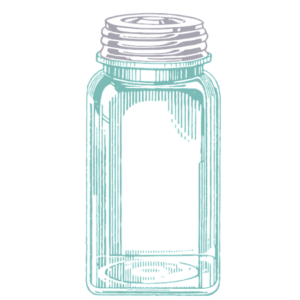 knew that strong whiskey could never hold its bubbles and that weak men needed strong whiskey to hold. The bubbles never made the Man forget. Even when the burning numbness in his throat turned to warmth in his chest, he remembered. Warm and numb memories are memories still. He remembered first, always first, the Father, gone these 30 years, the smell of sweat and the fetid cane-buck that seeped from his pores, the Mason ring on his thick finger that left the lasting purple scar on his own flesh, an angry scar he could still touch and feel these three decades later.  The Man recalled the guilty relief he felt as he witnessed the father’s already-chilled corpse lying on the dirty kitchen floor. He recalled his hate, still recognizable, still palpable, even though there was nothing corporeal left to hate.

The Man swallowed again and remembered again, the December morning, the Pacific Pearl Harbor sun already warm when he initially heard the buzzing Zeros on the horizon, then explosions, orange and red like the matching Pacific and Imperial sunrises. Then returned the recollections of a ship’s deck, slick with the blood of his mates, that awful frothy gurgling sound a sailor shot through the lungs makes as he reaches to touch the face of God. And then, always then, the Man recalled the sounds of the metallic drumming from below the surface that rang on all that night and all the next day as the men trapped in the sunken ship hammered to be heard and helped. And finally, the last man impotently chipping at that thick steel hull from above covered his ears and collapsed in tears when he finally realized there was nothing more he could do to save those men sealed in their watery tomb.

He was still that helpless, chipping, weeping Man, still covering his ears against that incessant ringing.

Then the Man pulled the wool to his neck, leaned against the towering pine, swallowed again, and fell asleep.

“He fancied that he saw a bunch of roses, a blossom from an orange tree in her hair.” He held her hand as the organ played “I love you truly” and he dream-pretended he was still right there.

Alan Caldwell is a brand new writer. He lives in Carroll County Georgia, but is working on moving to his rural property

in the mountains of Northeast Alabama. He has been married to his lovely wife, Brandi, for 33 years. He has one son, Caleb, who is a firefighter, a daughter-in-law, Chelsee, who is an emergency room nurse, and a brand new grandson, Asher.  Alan has been teaching for 26 years and spends much of his free time outdoors or reading.  Alan has been collecting stories, mostly about his family, for over 40 years, but has just begun writing them down.